The CMCI local competitiveness Framework adopted the framework developed by Michael Porter, which is also being used in a number of global surveys on competitiveness. Porter’s definition of competitiveness focused on the idea of productivity. Productivity is defined as output per unit of input. Effectively, it attempts to measure how many final products can be produced using a limited number of inputs. Productivity also requires that efficient outputs command value in the local up to the global marketplace. Porter defined competitiveness as based on location and is essentially the productivity that companies located there can achieve (Porter,2004). He explains location as a country’s underlying source of its resources and productivity as how the country uses these resources. Using the same lens, local competitiveness is how a city or municipality knows its resources and how it uses these to improve its standard of living.

This is critical because Porter’s definition encompasses all sectors of society. According to him, “almost everything matters for competitiveness – schools, roads, financial markets, the consumer.” He also cautioned that to make all of these work for competitiveness, people and culture must also catch up with the mindset. Hence, improving competitiveness takes time.

Improving productivity allows firms, cities, municipalities and countries to improve their standards of living and thereby give prosperity to its citizens. 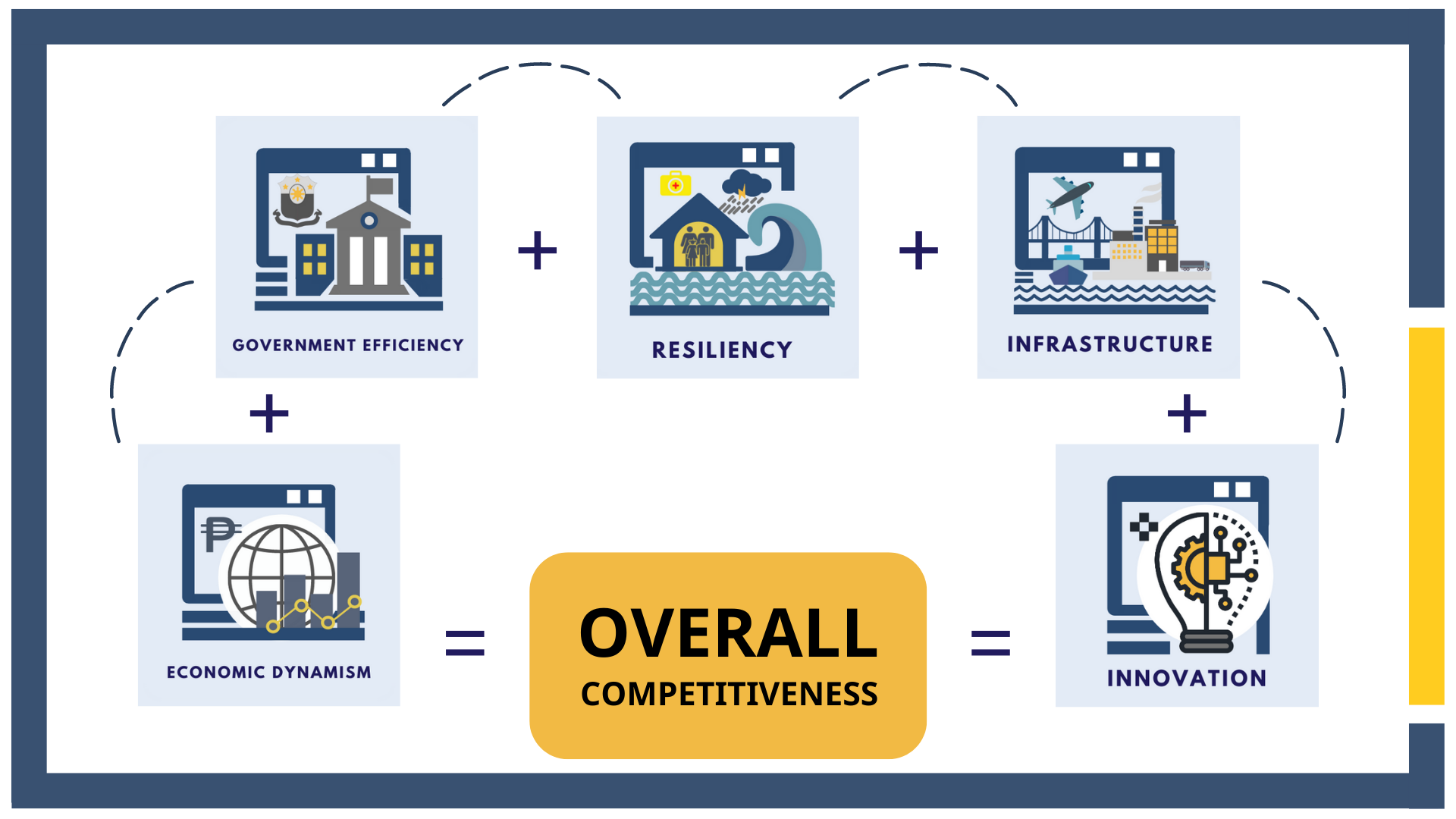 Public Sector: The Index can be used as a diagnostic tool by local government officials to assess the competitiveness of their city or municipality and identify areas for improvement and collaboration. Data can provide insight for policy making, development planning and investment promotion.

Private Sector: For the business community, the Index can serve as a guide in deciding where to locate. Aside from the overall score, data on the different indicators will prove valuable depending on the specific needs of their business.

Academe: The Index also paints a general picture of Philippine cities and municipalities which may be used by the academe, civil society and even tourists as a take-off point for further research.